Home / I Ching Psychics Articles / The I Ching 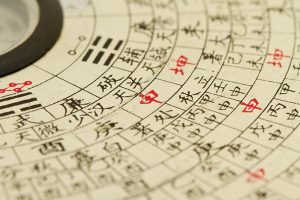 Divination is defined as the reading of signs and symbols so that one may obtain guidance in a current situation or about future events.

In history, there have been several methods of divination used that include things like observing animal behaviors, tracking the movements of stars and planets, listening or participating in oracular utterances, or even casting lots. These older methods were, at the time, seen as a way to communicate with unseen powers in the spirit world. Using a modern psychological viewpoint, divination represents a subtle way to tap into the unconscious mind.

I Ching, an ancient Chinese form of divination, is steeped in both myth and legend. Based on the Book of Changes, dating back to 1000 BCE, divinatory purposes were used hundreds of years even before the Han dynasty. Over the years, many commentaries have been added to the basic text of the I Ching. Still in use today, the I Ching is both profound and sophisticated with often accurate readings that have caused westerners to take part in a system of divination. Some of the more famous ones include Carl Jung, Wolfgang Pauli, a physicist, and writer, Hermann Hesse.

Philosophy of I Ching

Change, or flux, I the basic and central idea behind I Ching. The idea is that all things, including human life, is understood through time. This goes from birth to death and rebirth. When we study these patterns and the relationships between the opposites in the cycles, we can see things for what they are. The most basic of the opposites that is noted are that of Yin and Yang.

Yang is in reference to the active, creative, and expansive force in the universe. Yin is about the mutable, receptive, and contracting form. Thus, all changes can be understood in light of this relationship. When Yin and Yang are balanced, then life proceeds in harmony. When we find this harmonious balance and walk that path throughout life, we are living in accordance with the Tao.

Beyond Yin and Yang is a reality known as T’ao Chi or Taiji, which means the Absolute. This is represented by the Yin-Yang symbol most people are familiar with. But is technically called the Taijitu.

Structure of the Oracle

Yin and Yang are normally represented by broken and unbroken lines, Yang is solid, Yin is broken in two. In the I Ching, the lines are then used to create hexagrams that are made up of six lines. When hexagrams are created, they are read from the bottom up with each line either being a Yin or a Yang. The combinations can make 64 different designs and each one ha a particular meaning in divination. The individual hexagrams are understood as being composed of two trigrams or three lines each.

The trigrams are identified as a set of three lines, the top three and the bottom three of the hexagram. These represent the outer and inner aspects of a given situation, respectively. In relation to the trigrams, there are 8 possible combinations, each with a traditional meaning.

Each hexagram also includes two Ruling Lines that are pivotal in both structure and dynamic, representing auspicious qualities. For the most part, line 5 is a ruler, but on occasion other lines take over as most important.

I Ching Psychics Blog Moderator
Previous What is the I Ching, and What is it Used For?
Next The Basics of I Ching 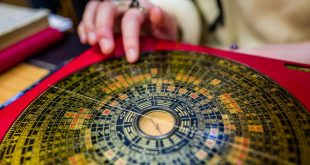 Economic Troubles and the I Ching